In the Middle of the
Middle West:
Literary Nonfiction from the Heartland

Mary Helen Stefaniak’s “Positively 4th Street” began as an installment in her monthly column,
Alive and Well, published in The Iowa Source and aired on Iowa Public Radio.

An excerpt from “Positively 4th Street”

Where I grew up--in a working-class neighborhood on the south side of Milwaukee--mothers were not much like the mothers you see today, if you look fast enough to catch us before we drop the kids off and drive away to work, drinking our coffee or making last-minute phone calls as we go.

The mothers on 4th Street were like God: all-knowing, all-present, all-powerful, and most of the time unseen. Their most apparent role in the flow of neighborhood life was calling kids in. They called us in to eat supper, to go somewhere (like Sears on Mitchell Street or my grandmother's house), to practice (usually the accordion), to do our homework, or to take a bath and go to bed. No matter where we were--down by the creek, at the corner store, in the field behind John Greenleaf Whittier School, or in Judene Szweda’s attic, which could only be reached by a ladder that led to a trapdoor in the ceiling of the Szwedas' bathroom--our mothers always knew where to find us. If we strayed beyond the reach of their call, then somebody else would hear it and pass it along: "Hey! Mary Helen! Your mom's calling you."

After I grew up and went to college, I learned that the mothers on 4th Street (and across the alley on 3rd) were oppressed by society and by their working-class husbands, who demanded that women stay home, take care of the children, and have supper ready and waiting when the men got home from work. Growing up, I confess, I saw the situation differently. The way I saw it, men had to go to work, the same way kids had to go to school. Since I did not aspire to a job as a welder at Ladish Mfg. or a spot on the assembly line at Allen-Bradley--to be honest, I did not aspire to doing anything that somebody else told me to do for eight hours a day--it seemed to me that mothers were the lucky ones. They got to stay home.

At home, the mothers were in charge. The fathers were like visitors--only more exhausted and less polite. Fathers were significant chiefly as chauffeurs (since most mothers couldn't drive) and on their days off. Then they became repairmen, plumbers, carpenters, painters, window washers, lawn care experts (my Dad's specialty), or auto mechanics, each man according to his talents and the needs of the household, which were usually determined by the mothers.

And what did mothers do all day in the freedom and sanctity of their homes? That, of course, I paid less attention to, being busy at school or down at the creek or at the freeway construction site, where we zoomed on makeshift skateboards down the new concrete ramps. When I picture the mothers on 4th Street, I see Mrs. Fecteau at the Singer in her dining room, sewing up a summer's worth of shorts for her four daughters while keeping an eye on her favorite soaps. (Almost 40 years later, Mrs. Fecteau is gone, but "As the World Turns" is still on the air.) I see Mrs. Shultis on her backyard patio, hanging paper lanterns. The Shultises had the only patio on the block. They threw parties--I remember spying on a luau with leis and everything--not just baby showers.

Mrs. Szweda I see sorting clean laundry on the table in her dining room. (Nobody I knew used the room for dining.) I see her hanging shirts on door knobs and drawer-pulls of the built-in buffet. Either that or peeling potatoes. She had two grown sons and a husband in the house, truck drivers all. I don't think I ever came looking for my friend Judene after school without seeing her mother in the kitchen peeling potatoes and dropping them into a free-standing cooker the size of a laundry tub. It was like a Crockpot on wheels.

Most of the mothers on 4th Street were called "Mrs." but a few had names, like my mother, who was "Mary" even to some of my friends, and Pam Dragan's mother, Connie. Recently I noticed this: The mothers with names were the ones who had jobs. (Outside the home, as people used to say.) Both my mother and Connie Dragan were waitresses, Mom part-time at the Tasty Town lunch counter in Gimbels and Connie at The Bay, a restaurant run by her mother. Working outside the home was a questionable pursuit in those days. One of the threats of World Communism, I recall from the 1950s, was that mothers would be forced to work outside the home and leave the raising of their children to state-run day care centers. (Can you imagine?) My mother's job was acceptable only because (a) it was part-time, (b) my sister was old enough to babysit for us, and (c) there was no reason to suspect that my mother liked working at Tasty Town, where the tips were terrible.

Connie Dragan, on the other hand, obviously enjoyed her job. I'm sure some people pursed their lips at the sight of her running down the front steps to the car in dark stockings, red lipstick, and her crisp black and white uniform, looking far more energetic than was decent for a mother of nine (or seven or six or however many she had at the time), and leaving two or three little Dragans on the porch behind her, sad and forlorn, along with their babysitter (sometimes my sister), who looked equally forlorn.

What I remember best about my own mother getting ready for work was the way she smelled--a pleasant blend of Jergens lotion and Listerine (original flavor). Her Tasty Town uniform was a starched yellow jumper over a white blouse, with a little white apron on top of that and a white crown in her hair that made her look like Judy Garland in "The Harvey Girls." My mother worked at Tasty Town for many years before she moved on to a fancier restaurant and better tips at the Boston Store downtown, and finally to Food Service at St. Luke's Hospital, where she worked until shortly after my father died, also at St. Luke's Hospital, in 1983. (She used to send him treats on his dinner tray.) Now she volunteers there. Every year, around Christmas time, she puts some thought into what she'll wear to the Volunteer Recognition Dinner. Occasionally, she buys a new outfit--something mothers seldom did during the years we lived on 4th Street. Lotion and Listerine she still keeps on hand.

Now that I think about it, Mrs. Szweda also had a job, on top of all the laundry and potatoes. She played the clarinet in a four-piece band that used to practice in her living room. They did weddings and anniversaries, Holy Name Society smokers, things like that. 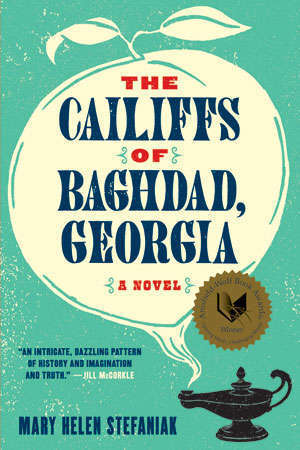 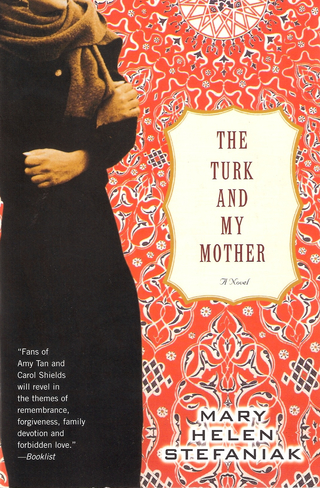 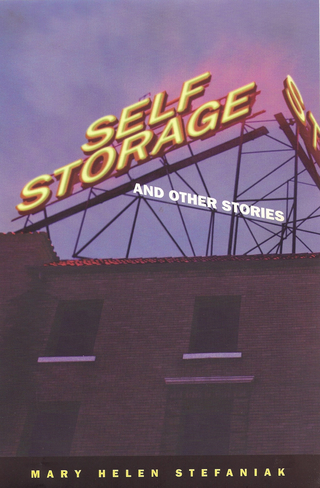